Howard Kapp was born and raised in Los Angeles.  After graduating with honors from El Camino Real High School in Woodland Hills, he attended UCLA where he graduated early with a bachelor's degree in Political Science in December of 1974.  He then attended Loyola Law School, located near Downtown Los Angeles, again graduating early in December of 1978.  He was on Deans' List for 3 years at Loyola Law School.  He passed the State Bar exam on his first attempt and was admitted (licensed) as an attorney by the California Supreme Court on May 31, 1979.  He has subsequently been admitted to practice to a number of other courts, including the United States Supreme Court and the U.S. Ninth Circuit Court of Appeals.

Mr. Kapp's State Bar Number is 86207.  You may verify Mr. Kapp's status with the State Bar of California here.

During his last two years at law school and up until he was licensed as an attorney, Mr. Kapp worked full time as a law clerk for several "insurance defense" firms, gaining valuable experience in legal practice.  These firms specialized in personal injury defense, insurance coverage and bad faith defense, products liability, aviation liability and related matters.  He worked for some of the best known companies in the world, from airlines (Pan Am, TWA and others), auto companies (Ford, GM, etc.) to many smaller companies and insured people.  He continued working for the same law firm after he took and passed the State Bar exam.  He continued to work "on the defense side" (that is, for the insurance companies) until November 1981.

In November 1981, Mr. Kapp decided to change to "other side" and represent accident and insurance victims (plaintiffs).  He began as a litigation associate with the law firm then known as Moray & Moray in Los Angeles.  In his first jury trial, he obtained a verdict nearly 15 times the insurance company's offer, shocking observers with a $225,000 jury verdict for a woman claiming headaches as the result of a defect in her apartment.  This was the third largest verdict in Norwalk that year.

He was appointed to the Los Angeles Superior Court Personal Injury Arbitration Panel in 1984 and to the Los Angeles Municipal Court's Temporary Judge Program in 1985.  In the mid-1980s, he obtained what was reported to be the first $1,000,000 settlement of a "trip and fall" accident in L.A. County history.  He also has conducted innumerable arbitrations (both as a litigator and as the arbitrator), depositions, court hearings and a number of jury trials.  He personally expanded that firm's historic scope of practice by accepting much larger and more complex cases, including insurance bad faith cases.  By the mid-1980s, Mr. Kapp had become a partner in the Moray & Moray law firm, which shortly changed its name to Moray, Kapp & Vallette.

In the fall of 1987, Mr. Kapp left to form his own firm, the Law Offices of Howard A. Kapp, in Beverly Hills, in large part to focus on more sophisticated litigation.  In July of 2000, the firm moved from Beverly Hills to its current location in the mid-Wilshire area of Los Angeles.  The firm now practices in all areas of plaintiff's (victim's) tort (injury) litigation, focusing on medical malpractice, legal malpractice, auto, insurance, appeals, business litigation, inverse condemnation, and related matters.  Mr. Kapp is particularly well known for handling many medical or legal malpractice cases, from inception through complex trials and even through appeals.

Mr. Kapp believes that his clients' claims should not be discounted because the other side's insurance company doesn't take the lawyer seriously or believe that the lawyer has the "right stuff" to try a case to a jury, which is a rare attribute in today's breed of accident lawyers.  In that capacity, he has acquired a reputation as a tough, smart and unrelenting adversary; in recent years, he has personally conducted up to 4 to 5 "high risk" jury trials per year.  He has a large number of "6 figure" (more than $100,000) settlements and jury verdicts to his credit, with a number of such settlements considerably more than that.  (Privacy concerns preclude the naming here of the involved parties on those cases.)

In June, 2015, Mr. Kapp obtained another medical malpractice verdict in excess of $1 million, over 10 times the doctor's offer.  After that judge granted the other side a new trial on the grounds that the damages were "excessive", an order affirmed on appeal, Mr. Kapp tried the case a second time in 2017 and the jury awarded $7.6 million!  After technical adjustments, that judgment was paid.

Mr. Kapp is a trained mediator (settlement officer) and has supervised the settlement of hundreds of cases for other lawyers and the courts.

He has published, and continues to publish, technical articles for legal journals on areas of interest to consumer lawyer, mostly for the Consumers Attorneys of California (COAC), the leading organization of consumer attorney (civil trial lawyers) in California.  You can see many of these articles here.  He taught torts (personal injury law) at a law school in the late 1980s.

Mr. Kapp is married and lives in Los Angeles with his wife, Bella, a UCLA graduate with a masters' degree in education from the American Jewish University and a longtime elementary school teacher.  They have two children, Michael and Rachel.  Michael -- a graduate of UC Berkeley, the University of Chicago (master's degree) and UC Davis (law degree). -- is an attorney, a consumer advocate, and a well-known political adviser.  In 2016, Michael became the youngest ever elected (known) California member of the Democratic National Committee when he placed third in a field of 36 for the 20 slots allocated to California. Michael attended the 2016 Democratic National Convention, was 1 of 2 California members on the party's committee evaluating Hillary Clinton's 2016 loss, one of only 2 California members of the DNC's credentials committee, and will be an automatic "super delegate" in 2020.  Michael's day job is communications director for Hilda Solis, a Los Angeles County supervisor and former U.S. Secretary of Labor under President Obama.  Michael is married to Melanie, a fellow of the Society of Actuaries and graduate (bachelor's and master's) from Stanford University.

His daughter Rachel is a honors graduate of UC Berkeley, a former teacher and a professional educational therapist (ET) with her master's degree from California State University Northridge (CSUN).  She practices in Beverly Hills, California where she continues to be the highest ranked ET in Los Angeles.  Rachel is married to Adam Feurerberg, a well-loved stand-up comedian and an associate television producer.

Howard Kapp has been a trial lawyer since 1979 and has represented victims of wrongful conduct including malpractice.

Despite his policy limiting his cases, Mr. Kapp obtained the largest recovery against Kaiser in 2012, the second largest medical malpractice verdict in California in 2014 as well as major precedents in California law and procedure.  He has published extensively on advanced California law for the legal community.

Mr. Kapp has been a trial lawyer since 1979 and will provide you with personal, ethical, responsive service.  While he is well known as a malpractice attorney in Los Angeles for his success in medical malpractice and legal malpractice cases, he is fully capable of handling a wide variety of lawsuits. 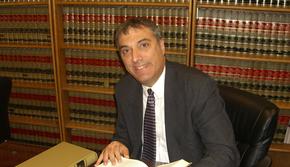 Mr. Kapp personally holds up the Leaning Tower of Pisa (Italy) potentially saving all of Western Civilization.  And check out some of his other family pictures, not all of which may be so heroic. 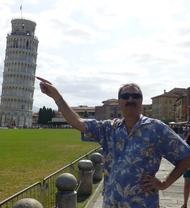 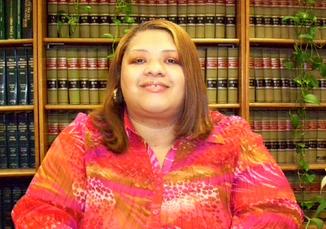 Regina has been with our offices since 2005 and is very experienced in handling initial case intake of (sometimes) very complex cases, calendaring, office management, medical and other records, and all aspects of client and attorney contacts.

Regina is generally the first person a prospective client will talk with; she has been involved in the important "first contact" of information-gathering for over a decade and is well trained to recognize the facts and issues that may be relevant to evaluate whether your case is appropriate to be pursued. Regina is undoubtedly the smartest, more charming and wisest person in the office.  If you want anything done right, talk with Regina!  You can reach Regina directly at regina@kapplaw.com or by calling (213) 927-8000.

Regina lives in Los Angeles with her family, including her beloved menagerie.

Law Offices of  Howard A. Kapp 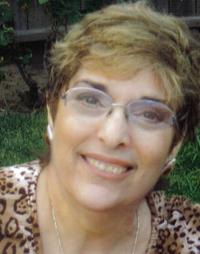 Sheri, Howard's sister, was our office administrator from 1987 to 2015 and responsible for so much of the success of the law firm during that time. Sheri was a graduate of the California State University, Northridge (bachelor's and master's).

She is survived by her daughter Stacy, her husband Bill, and their children Kimberly and Abigail.

She has been missed.